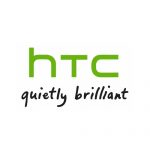 The HTC Petra is an upcoming smartwatch (still rumored) which will be the company’s first. It has previously been called the HTC One Wear. Many reports claim it will not be powered by Android Wear, but will instead use a proprietary OS. It may also borrow the same design and style as the HTC One smartphone line. Not much else is known, nor has it been confirmed.