Home > Learn > Cheap Smartwatches for Geeks on a Budget: Updated for 2020

Cheap Smartwatches for Geeks on a Budget: Updated for 2020

This list has been updated in March 2020, complete with more cheap smartwatches.

After the launch of the Apple Watch, the smartwatch market changed a bit. Now, here we are, years later, with a new Apple Watch (Series 2) and several new smartwatch brands.

It’s not any better off — or worse — just different. That’s because there’s more competition in the space even among the list of cheap smartwatches.

The Apple Watch is great and resonates well with fans. Many have been waiting patiently for a decent smartwatch that’s compatible with iOS. But, there’s no denying the price is a little steep. The cheapest model — the Apple Watch Sport — costs $349.

That’s a lot of money for a device you don’t need.

Why would we say that?

The good news is, if you don’t care about bleeding edge products you can get a smartwatch for cheap. Motorola, LG, Samsung and Huawei, have delivered some competitive prices in recent years.

If you’re wondering what some of those cheap smartwatches are, you’ve come to the right place! That’s what we’re going to take a look at.

We’ll do our best to provide several different cheap smartwatches – cheaper than the Apple Watch anyway. That way everyone should be able to find something.

Still a great fit for our budget list, the Sony SmartWatch 3 packs a lot of punch for a minimal price.

For starters, it includes integrated GPS so it can track everything you do when you’re out on a run – and we mean everything. It also has NFC for contactless payments, and since it’s powered by Android Wear you should be all set! Oh, and the battery can last for up to two days or more on a single charge.

The OG Asus ZenWatch had a lot of great features and it looked great. The price wasn’t bad either. Queue the ZenWatch 2, it’s successor.

Now that the Asus ZenWatch 3 is out – yep, there’s a third one – the second gen model is much cheaper. The third did away with the rectangular design completely, and now has a round display.

Numero dos has a similar design as the OG model, and is powered by the latest version of Android Wear. 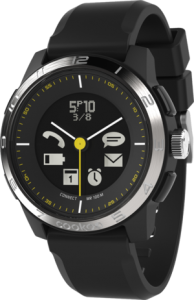 The final smartwatch on the list hasn’t seen a price drop yet, either.

The Cookoo 2 is a traditional watch first, and a smartwatch second. Instead of including a touchscreen or large notifications display, it simply reveals icons when you get an alert. It will pair up with an Android or iOS phone and offer notification icons when you get a call, email, text, or even when your connected device’s battery is low.

At $150 it’s reasonably priced, but it’s worth noting that you could get a more advanced watch – just look at some of the other options on this list – for about the same price. If you’re not into the whole cheap smartwatches gimmick, then the Cookoo 2 is probably more your speed. 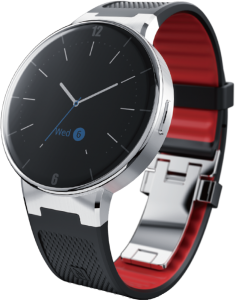 As with the Asus ZenWatch, the Alcatel OneTouch didn’t get an official price drop, but the price is already reasonable.

Take a look at some of the features of the Alcatel OneTouch. Even though it is one of the cheap smartwatches on the market, it offers just as much as the expensive models.

Interestingly, it also has NFC support which is something you won’t find in most premium smartwatches – and to think this is a budget-friendly watch.

It does work cross-platform so you can use it with an Android smartphone or an iPhone. As for the price, the Alcatel OneTouch Watch launched at a surprising $149. Today, you can find it for about $100. 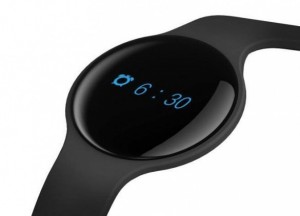 When it comes to fitness tracking, the Hannspree will log steps walked and calories burned thanks to an integrated accelerometer, along with similar stats.

Not bad at all for the price. Hannspree is based in Europe, so you’ll need to purchase it through the official site or an online retailer like Amazon if you’re in the US. 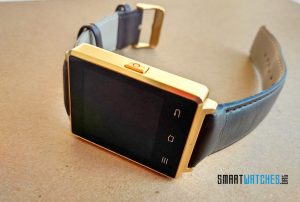 If you want a super cheap watch that looks great and also has a great list of features, look no further than the No 1 D6. We had the opportunity to review it, and although it’s not perfect it’s definitely worth the price.

Just keep in mind that it’s running the full version of Android – not Android Wear – and the battery leaves something to be desired. But it can make and take calls, display notifications, and much more.

Cheap Smartwatches We No Longer Recommend

For whatever reason, we may have featured a watch or device on this list that was later removed. We will include it here along with a reason why we no longer recommend said wearable. The cheap smartwatches from Pebble are a great example – which you’ll notice are first in line below. The company was acquired by Fitbit and now the devices are no longer being supported. 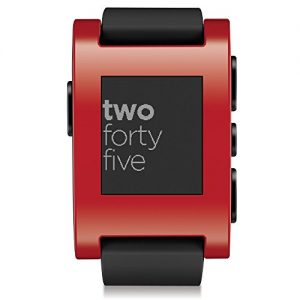 You can still buy Pebble devices cheap, but the company has been bought out by Fitbit and they are no longer supporting older models. Keep that in mind if you decide to go with a Pebble smartwatch.

In September, 2014 Pebble dropped the price of both the original Pebble and the Pebble Steel. At the time – pun not intended – we didn’t know they would be coming out with their next generation models which we now know as the Pebble Time.

The chart below lists all the different Pebble models, along with the corresponding price. You can always read more at the official Pebble site too.

If you’d like to know more about the Pebble Steel take a look at our review.

If you know any other cheap smartwatches we missed, feel free to mention them.

The Apple Watch and comparable models are great, but it doesn’t hurt to have some competition. We believe  it’s best if everyone has the option to purchase a smartwatch.

If you’re not interested in spending the money for an Apple Watch, at least our list of cheap smartwatches posits some alternatives.