Everything You Need to Know About Internal Storage for Smartwatches

Internal storage for smartwatches is an often overlooked feature.

For installing apps, snapping photos and streaming media on a smartphone the more internal storage the better.

For a smartwatch, storage is not as important.

In fact, some smartwatches don’t even have internal storage. Instead they rely on a paired smartphone to get data from apps or notifications. For watches like this, apps are installed on the phone and the content streams to the watch.

With that in mind, how much internal storage space is ideal for a smartwatch?

Don’t worry, we’ll cover all these questions and more. Let’s dive in!

Internal Storage for Smartwatches – How Much Is Needed? 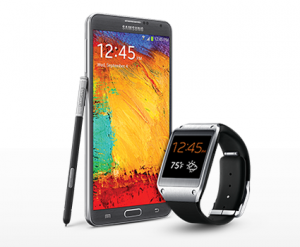 Most smartwatches have 4GB of internal storage, but you won’t use it.

The reason you won’t, is because a lot of watches offer remote content storage. The content – like apps – is not stored on the watch storage, but another device.

The Sony Smartwatch 2, for example, can download and install apps from Google Play – like an Android phone. But the apps are stored on a smartphone, not the watch.

Simply put, most content streams to the smartwatch so there’s little need for internal storage.

Although, there are some watches running a native version of Android. The Neptune Pine is one of those and since it’s a standalone device you can download apps from Google Play. With the Pine, storage is more important because you need it for apps, games and media.

The largest storage available for most smartwatches is 32GB, while the most common is 4GB.

How much you actually need depends on what you’ll be doing with the device. If you’re not going to use it to access photos and music you shouldn’t need much storage.

If you’re going to transfer all kinds of music, media and apps to the watch then more is preferable.

Can You Expand Internal Storage for Smartwatches?

Some smartwatches do support external storage media. It’s the same deal with smartphones. 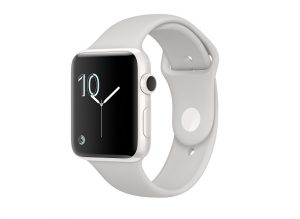 Some devices support external media while others don’t. It depends on the manufacturer and what they choose for internal hardware.

The real question is will you actually need a lot of external storage?

Like we discussed, that will depend on what you plan to do with the watch.

There’s little need for storage on a watch, especially the ones that can pair with a smartphone.

If you think you’re going to fill up all the available storage there are options out there. So, you can at least rest easy knowing that.

Some smartwatches do store apps, data and media on the device. Those that do this, generally include enough internal storage.

Alternatively, some devices sync data with a smartphone and nothing is kept on the watch.

The type of storage you should look for depends on what you want out of the watch.

If you don’t want to stay tethered to a smartphone, then a standalone device is your best option. More often than not, standalone watches store data and media locally.

Smartwatches that sync with a phone will work just fine as long as they remain within vicinity of each other. If you’re fine with the latter setup, then storage shouldn’t be a concern.

Internal Storage for Smartwatches – What Is It Used for?

Internal storage is used to retain apps, media and related content. Some models – like the Galaxy Gear – have a camera, which means the storage is also used for photos.

For models that support media playback – like an MP3 player – you can store music on them. The reason you might do this is if you want to leave your phone at home and still listen to music during a workout. You can wear your smartwatch and listen to music on it.

In the end, it varies depending on the smartwatch model, brand, and features.

How Many Smartwatches Even Have Internal Storage?

Internal storage is quite common in newer models.

There are a lot of devices that have it like the Samsung Galaxy Gear, Neptune Pine, Android Wear watches and more.

As smartwatches evolve and functionality expands, we will see more devices that use internal storage. At that point people may even be using smartwatches to store and watch HD quality movies. That certainly requires a lot of storage space.

Watching movies on a watch might look silly in the real world. In reality, it’s not that different from people who constantly check their smartphones in public. Both look silly.

Currently, storage is not a concern unless you buy a standalone watch designed to work without a phone connected. It stands to reason that a standalone device will need a place to store content.

Are You Telling Me to Buy a Smartwatch Without Storage?

Let’s be clear, we’re not telling you what to do. Only you can properly assess what watches will meet your needs.

What we’re saying is there are only a handful of smartwatches that have excess storage space.

Smartphones have more space because they need it. They offer a plethora of avenues for storing content and media.

On the other hand, smartwatches often pair with a phone which means there’s no need to store content on them. Does that mean you should specifically look for a device with no storage? No, that’s not what it means at all.

Take a look at some of the best uses for a smartwatch, figure out what you need most and then use that information to make a final decision.

If you plan to use your smartwatch on a morning run and want to listen to music on it – while your phone stays home – you’ll want something with more storage space.

Don’t Be Afraid to Ask for Help!

Do you have a question about internal storage that’s not listed here? Feel free to reach out!