Pros And Cons Of The Apple Watch: Part Two

In our last column we discussed how the styling of the Apple Watch — including the design of the watch unit as well as the strap — is a clear-cut strength of the imminent Apple Watch and an almost unanimous plus in favor of owning one. Another plus is the Apple Watch innovative touch screen and Taptic Engine, which touches you back. Both of these features stand above the rest of the monotonous smartwatch field which sees the same copy and paste style devices constantly being released. As for one of the biggest downsides, we talked about the Apple Watch pricing which has yet to be officially confirmed, but is estimated to be around $550 for the standard version. That seems awfully pricey to us.

Continuing that theme, we’re going to talk about some more pros and cons of the Apple Watch.

Apple Watch Con: Do You Really Want To Wear A Device On Your Wrist All Day Long?

There isn’t much evidence to suggest that there is a huge demand for wearable devices. It is pretty ironic that when the smartphone came around, people began abandoning their standard wristwatches in droves. Freed from the watchband and the accompanying sweaty wrist underneath, the smartphone represented a rejection of wearable technology.

Since then, have you ever heard anyone say that they miss their wristwatch? 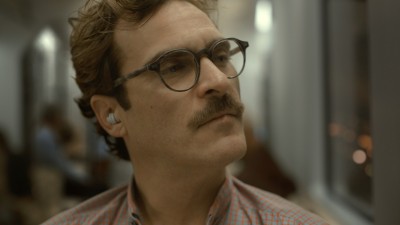 The irony is that now Apple is asking you to strap a device onto your wrist just a scant few years after convincing you to take a device off your wrist. It’s entirely possible that strapping a device on is a 20th-century concept that simply won’t work anymore in the digital age. Nobody really knows for sure. It is also possible that a wrist wearables will turn out to be a step backwards for technology in general.

Nick Hunn, the CTO of WiFore Consulting and expert in wireless technology, says that the future belongs to devices which would be placed in the ear. He calls them “hearables”. In the recent movie “Her,” which is supposed to be set sometime in the near future, everyone has a little device in their ear, and through voice recognition technology, they can accomplish all their computing and communications tasks simply by saying commands out loud. That sure seems a lot easier than touching and poking a tiny wrist device all day long.

The one way Apple will get people wanting and buying an Apple Watch right away is if they have some new and exciting “must-have” apps that run on it. And we think Apple is holding their cards close to the vest on some apps that they’re not telling us about yet, in order to build the frenzy when the device is launched. But already, there are some awfully impressive apps lined up.

Although health tracking and monitoring features are commonplace in the wearable market, Apple’s HealthKit may be the most advanced of them all. If Apple manages to secure partnerships with major health providers and institutions, the Apple Watch may develop into the must-have device for anyone in a chronic care situation. If so, then HealthKit will become the “killer app” that will make the Apple Watch as ubiquitous as cable TV service.

When looking beyond HealthKit — and beyond the nameless sea of apps that we know will come — the Apple Watch tantalizes with some very exciting applications. Apple CEO Tim Cook recently hinted that Apple is working closely with several automakers — there have been rumors for some time that Apple will itself get into the car business. But in terms of the Apple Watch, the auto partnerships mean that we can expect the Apple Watch to replace car keys and those unwieldy fobs that automakers provide to enter and start your vehicle.

Of course, Apple Pay will mean that the Apple Watch will serve as a credit or debit card in order to make transactions. Depending on the partnerships Apple makes with major retailers, this could turn into a real game-changing app. Apple promises the system will be ultra-safe, safer than your actual cards, and will respect users’ privacy. This is one occasion when the wearable format is a real advantage — it’s much easier to swipe a wrist device than it is to pull out your smartphone to do the same thing. 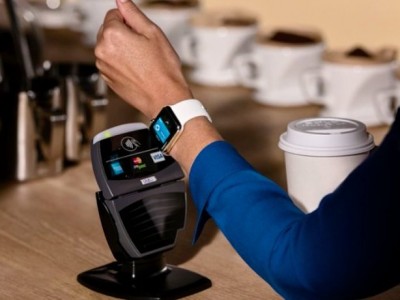 As long as we’ve been talking about the Apple Watch, the device’s battery life has presented itself as an issue, and there’s no evidence that this issue has been fully resolved. Apple keeps on saying that the device should only “need” to be charged once a day. And yet reports continue that the Apple watch battery will only last 2.5 hours during heavy use. Even under so-called “standard” use, reports have said that its battery life will only hold out for 3.5 hours.

To be fair, Apple says the battery can last three days on standby and four days when it’s in sleeping mode. But if you’re springing over $500 for a device, who wouldn’t want to be playing with it all day long? There’s been lots of to and fro on this issue, and we can only hope that the delay in the release of the Apple Watch has been a result of the company somehow finding a way to increase its battery life.

A device may have crazy-good apps and functions, but if the damn thing’s always out of juice then it’s not much good to you.

Are you still on the fence with the Apple Watch? Which pro is the reason you’re going to buy one? Adversely, what’s the biggest con holding you back from doing so?